We had our very first taste of quinoa just last night, when I made Garlic And Mushroom Quinoa. It totally made a new fan out of both JRoc and me… SOOO FORKIN’ GOOD!!!

Next on my list of quinoa recipes that I’ve collected on Pinterest is the quinoa stuffed bell peppers. The thing is, like mushrooms, I’ve never cooked bell peppers before… but only because I have an aversion to green bell peppers. (What? It’s not like my main source of nutrients came from cookies and nuts… *cough*)

Anyway it turned out Ah-Maaazing! These things are healthy and yummy… and colorful and pretty to boot! And I would’ve never guessed how sweet red bell peppers are (not a fan of green bell peppers… it’s a childhood thing… don’t ask. Lol…)!

FYI: I guess one stuffed bell pepper is considered one serving, but we each had 2. 🙂 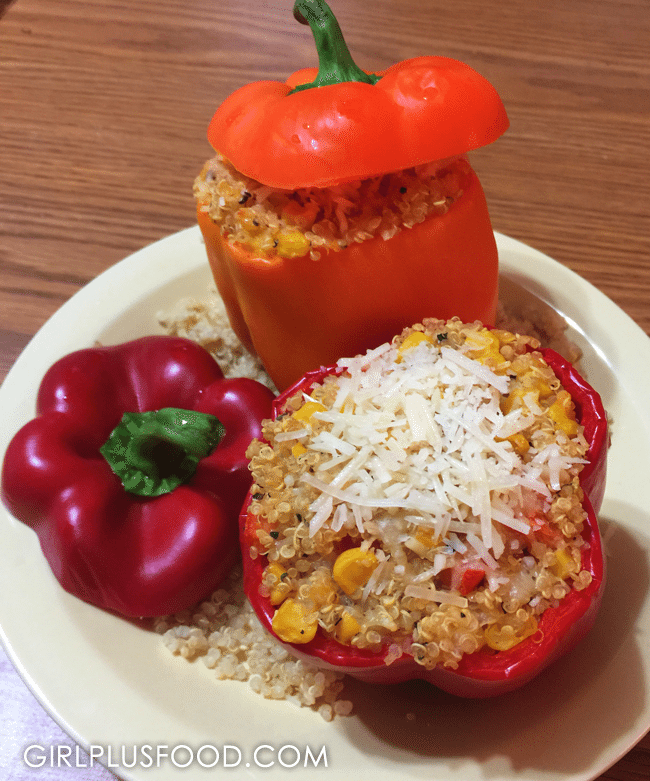 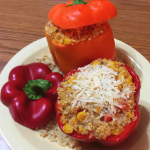 I'm a mommy / business owner with an always-hungry teenage son. Between the two of us, we could out-eat a small village... YUP, we LOVE to eat! And this is where I journal my favorite recipes, food-related products, and eateries! (more...)

This site uses Akismet to reduce spam. Learn how your comment data is processed.

Welcome to my food diary!

Hi! I’m Carmen… a business owner and mommy to a perpetually staaarving teenage son… so my life mission (ok, more like a weekly goal) is to find quick & yummy meals to prep… without driving myself cray! (more…)

Happy Birthday to my Daddy and Joshua’s funny gr

Me: Hey Joshua, want me to make you some tuna-mayo

So I shopped like a crazy person 🤪 for our Labo

So, I was diagnosed with #hypothyroidism...